Patio São Vicente is a collection of restored artisan cottages surrounding a peaceful courtyard, hidden away in the historical center of the city. The cottages of “Patio São Vicente” have been completely restored respecting the original architecture yet designed with a modern aesthetic by Paratelier architects.

The 13th century original wall of Lisbon the “Muralha Fernandina” is integrated into the back wall of each of the living rooms. Using Portuguese artisans and designers, the interiors are cosy, comfortable and carefully crafted with custom carpentry.

The patio is perfectly situated for discovering the city by foot, located in one of the most visited areas of Lisbon. Positioned in front of the majestic tenth century Mosteiro do Sao Vicente de Fora, next to the Pantheon, Alfama and the infamous “Feira da Ladra” the twice weekly fair of the thieves makes São Vicente one of the most vibrant and busy meeting places in Lisbon. A 5 minute walk to Graca will also bring you to the two miradouros where you can have the best view of whole of Lisbon.

Our typical guest appreciates good design, history and relaxing with a glass of wine on the patio after a day of wandering the city. 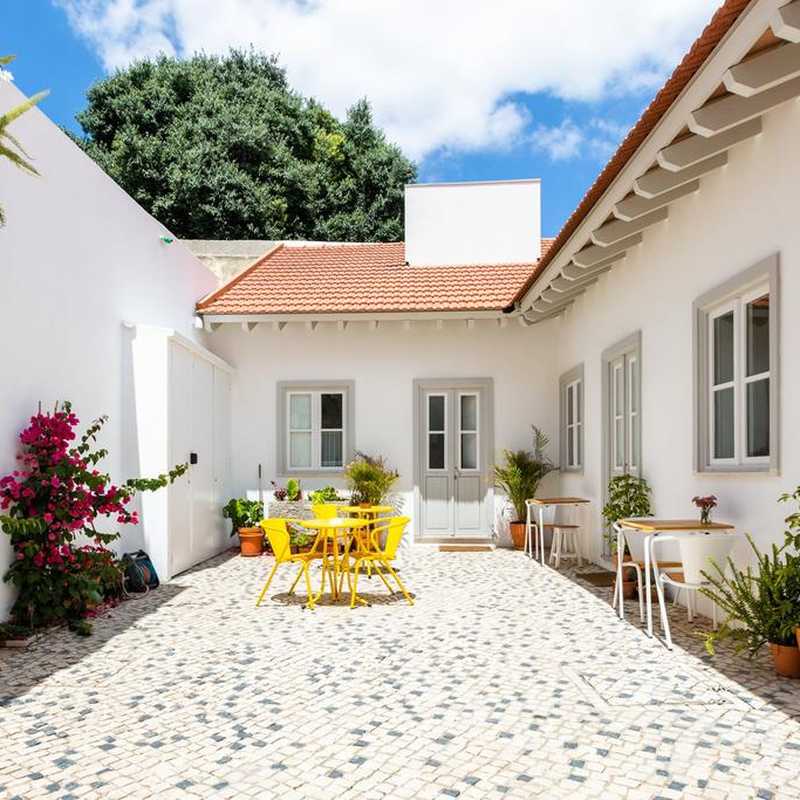